I recently was in the market for a new machine and was considering either a Surface Pro 3 or a MacBook Pro Retina. Though the Surface Pro 3 was great, I ended up getting the Mac because support for developing Ruby on Rails (and other frameworks) is much better on Unix. However, it was a really close call.

A friend of mine was kind enough to lend me his Surface Pro 3 for a few weeks and I got a real chance to experience the device and get a feel for what it is like to own one. I had used one for a few minutes in passing before, but without a chance to live with one, I wasn’t sure what to think. 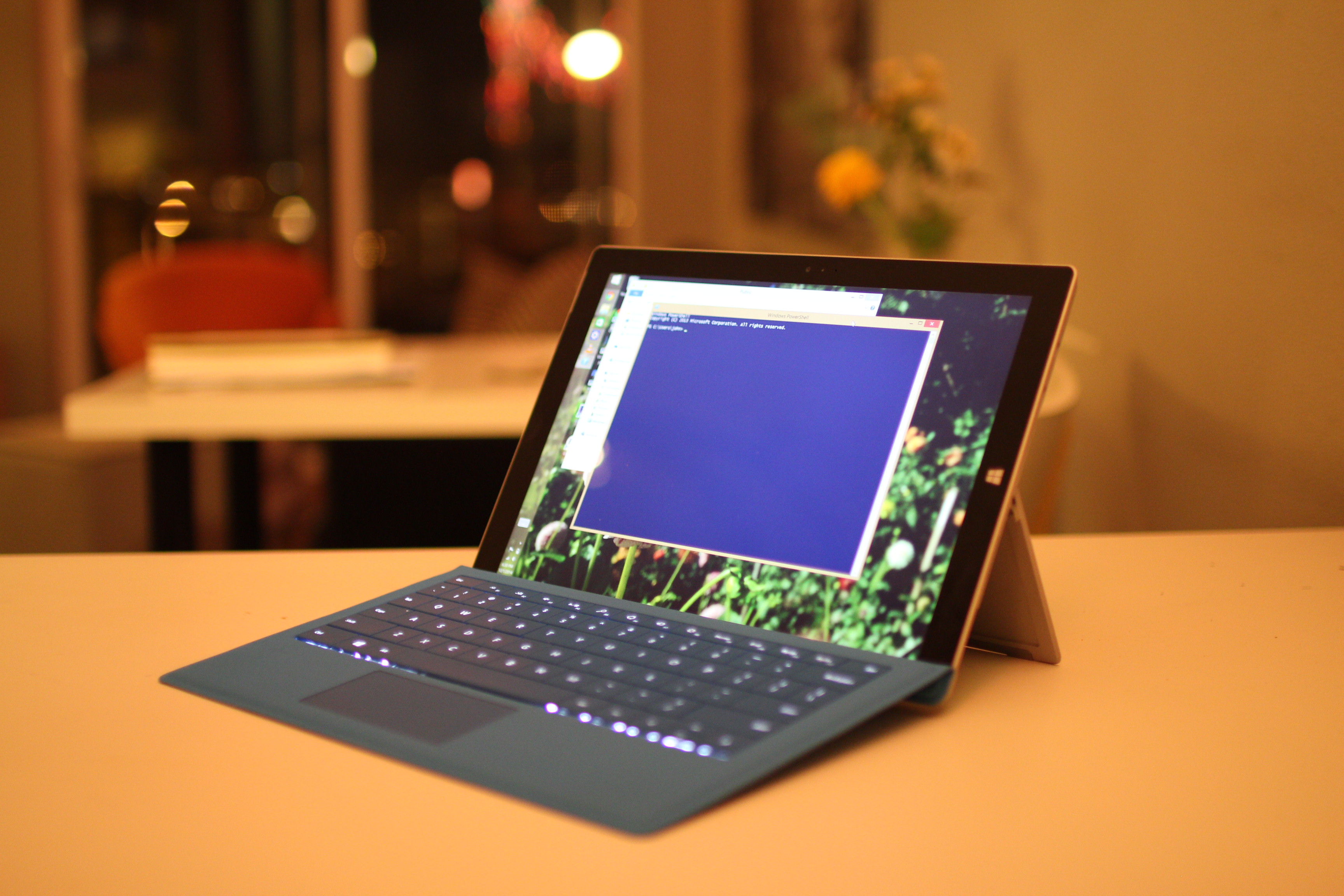 My experience with the device was great. I really only care about four things when it comes to my main machine - performance, build quality, battery life, and application/development support. For the first three, the Surface was excellent. I was especially impressed with how sturdy the Surface Pro 3 felt considering how light it is. However, I am currently building a website in Ruby on Rails and trying to get it to build on a Windows machine was quite a pain. It took me a day (well, a lazy day) to get all of the dependent packages installed and running, which included editing and recompiling sqlite3 from source. Then beyond that, I felt like I was paying a tax everyday when things didn’t work the same as on Unix machines. This of course contrasts with the limited application support and incompatibility headaches of a Linux machine, so Mac OS felt like a best of both worlds situation.

I ended up getting a MacBook Pro Retina to replace my old machine and it compares favorably to the Surface Pro 3. However, it’s heavier and runs hotter, without a noticeable performance improvement. At a similar price to the Surface Pro 3 (I had an i5 configuration in both), it’s too bad that the Windows “development tax” - the result of the long history of Windows closed ecosystem - has pushed it out of the running.

Microsoft has taken many steps to move away from their closed source past, open sourcing much of the .NET platform along with a slew of other changes. Hopefully, they will be able to make up the ground they lost to Unix over the past two decades. However, until they do, I hate that I love the Surface Pro 3, a great machine I cannot use.